Anyone else ready for summer to be over? Two months ago? I'm eagerly anticipating the slightly "cooler" weather, the departure of mosquitoes, and...Hallowe'en!!! The heat and annoying bloodsuckers will be lingering long after October, but at least I have something to look forward to that isn't too far off. And being holed up in the house gives me time to make all the spooky things (or at least three).

My latest Hallowe'en project was another small one, but I really love Alpha Stamps niche shrines. Like, really, really. I've made quite a few things from them already, however,  I recently realized each one could be Hallowe'en themed and together would be a nice mantle display. Even the egg. Is it a giant spider egg sack, alien egg, or a pumpkin (just add stem)? Pretty versatile things, those niche shrines.

I used the Little Niche Shrine - Potion Bottle for my recent creation: 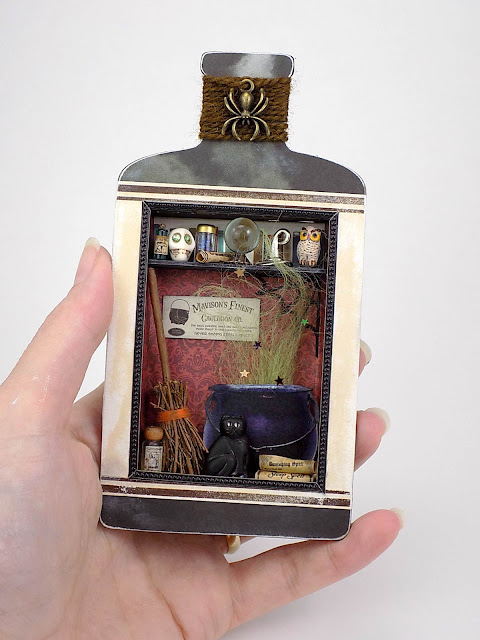 The Potion Bottle was painted black before being covered with Eerie Night Cemetery Secrets Scrapbook Paper and Brimstone Bulletin Scrapbook Paper. I sanded the paper here and there for that aged look. There's a Tiny Dot Dresden Borders - Black trim around the niche opening. 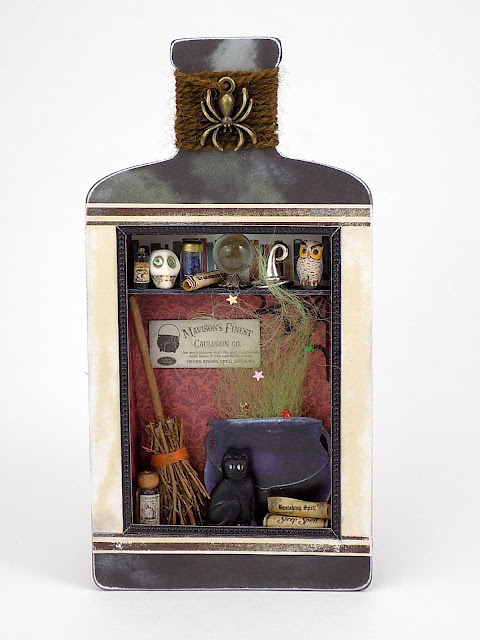 The center was wallpapered with Witches & Wizards 6x6 Paper Pad before a bunch of stuff was tucked inside. There's a tiny shelf to hold a few tiny things like a teensy witch hat! I chopped a bit off the Rustic Broom to make it fit and painted eyes on the cat. 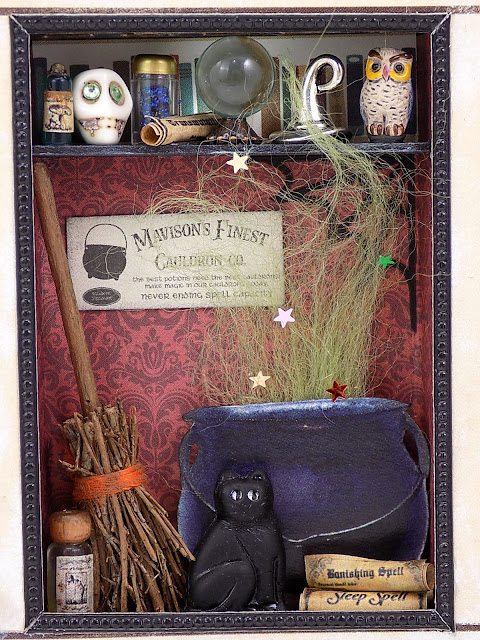 There is a skull in there, a few rolled up spells, bottles of potion ingredients, and a crystal ball. The potion smoke is green wool roving left over from my needle felting days. (It was short-lived. I only have time for one craft with pointy sticks and I'd much rather knit socks.) 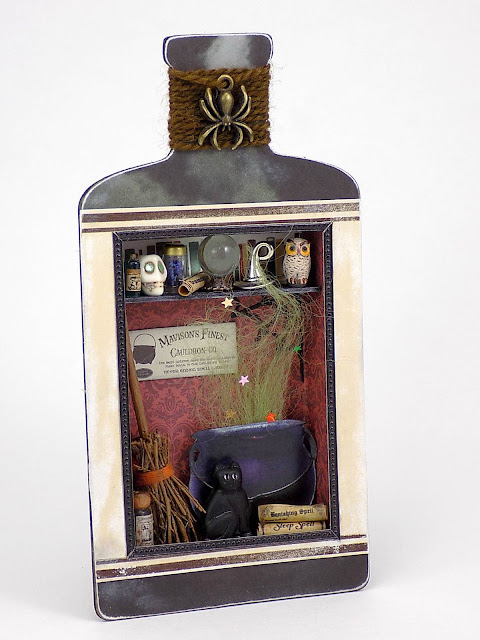 The neck of the bottle was wrapped with wool and I added a Bronze Spider Charm. The back was covered with snippets from the Witches & Wizards 6x6 Paper Pad, the hanger glued on, and then it was finished! 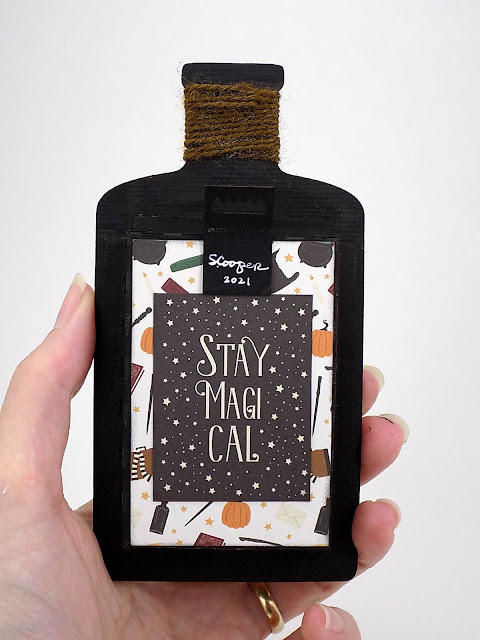 Stay magical, folks! And thanks to Leslie for waving her wand over my awful photos and making them pretty. :)

GO HERE to see the supply list for the Witch's Potion Niche Shrine!

Posted by Shannon Cooper at 2:53 PM 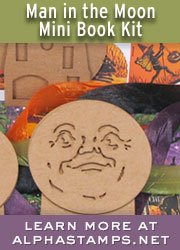 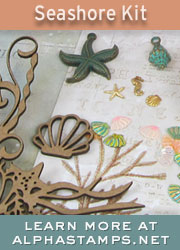 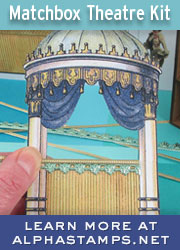